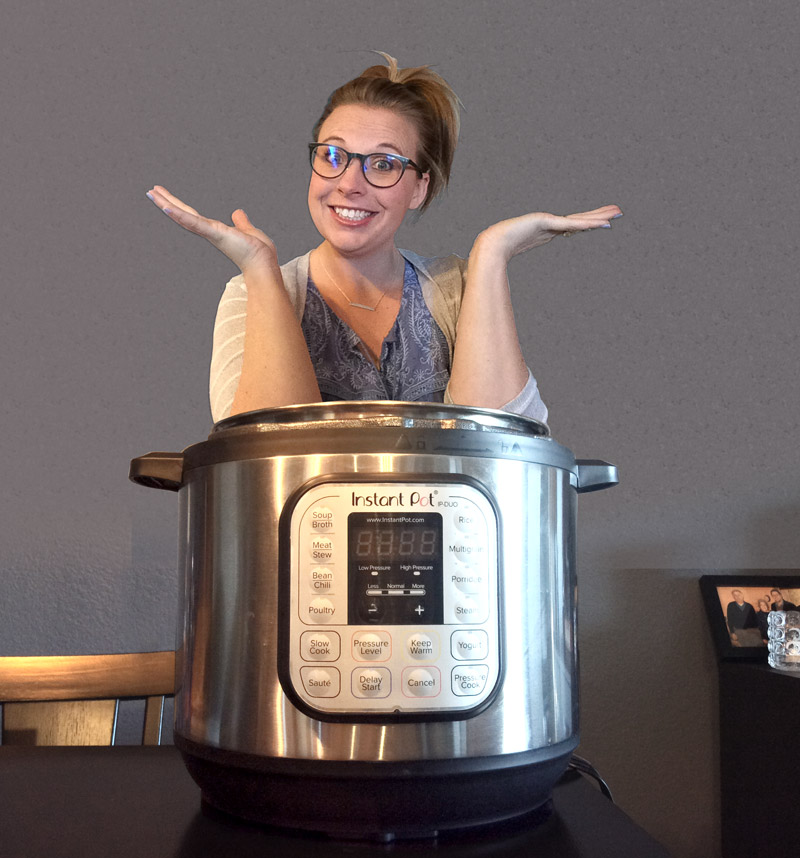 7 Things I Wish I Knew About the Instant Pot

In 2017, the Instant Pot became one of the most purchased kitchen appliances out there. This powerhouse gadget offers a quick-fix to the weeknight dinner troubles as well as a one-stop-shop for other functions like slow cooking, sauteeing, and even making yogurt! There are many brands other than Instant Pot out there to choose from, but Instant Pot seems to be the most popular option. I got my Instant Pot in November and I have used it every week consistently. I make soups and stews for meal prep, quickly seer meats for recipes throughout the week, and toss in frozen meats when I forget that humans generally have to eat a meal at night after work. I haven’t yet tackled the yogurt endeavor, but I’ve got big plans next week.

If you’re like me, when you think of a pressure cooker the first thing you imagine is the 1980’s and all the explosions that resulted from cooking under pressure (literally, not figuratively). Fear not friends, the Instant Pot has taken the possibility of disaster out of the equation (for the most part). The Instant pot has several features that prevent a kitchen explosion from becoming a reality. It is not foolproof as far as creating a tasty meal goes, but you can depend on it being a safe way to cook at home.

I took the plunge and got myself an Instant Pot on the black Friday sale last November. I’ve had several months of trial and error with this bad boy. I will admit, it can be a bit intimidating at first, but with a little patience and willingness to read the manual, you’ll be cooking in no time!

When I was thinking about how I’ve utilized my Instant Pot, it dawned on me that knowing some things before I purchased would have come in handy. So, I came up with a list of things I wish I knew before I bought the Instant Pot. Hopefully this list will help some of you that are new to pressure cooking or are thinking about getting on board.

1. Don’t pay full price- This one is second nature to a FruGal like me. The Instant Pot is on sale on Amazon and other sites ALL. THE. TIME. I got mine for about $50 off on black Friday. I’m not usually a black Friday gal, but if I can shop from the comfort of my couch online, count me in. If you want to buy the Instant Pot, shop deals online. You can also use a 20% off coupon at Bed Bath and Beyond or even find one that’s been gently used for a fraction of the price.

2. Use the sautee function- This function is one of the top reasons I purchased my Instant Pot. Nobody likes doing dishes and this feature saves you some suds. I use the 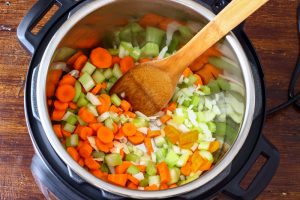 sautee function all the time to sear meats before cooking, to caramelize onions, or to begin a mirepoix in soup. Using this feature also helps heat up the unit more quickly, so when it’s time to build pressure, it won’t take nearly as long.

3. Get more than one sealing ring- Before I bought my pot, I didn’t realize how much it would take on the smells and coloration of the foods I cook. If you plan to make desserts or non-savory items like oatmeal or yogurt in your pot, be sure to purchased extra sealing rings. There are several available online in different colors so you can remember which ring is for what. My sealing ring pretty much permanently smells like curry (it could be worse, right?). You can soak the metal pot itself with soapy water and vinegar to help with the scent of the pot. Another hack is to cook plain old potatoes in the Instant Pot when it gets smelly. The taters absorb some of the smell but don’t taste bad. This also happens to be my favorite way to bake potatoes.

4. It’s not for everything- This is the harsh truth about the Instant Pot, or any pressure cooker. The Instant Pot is absolutely something I recommend and use myself all the time. But, I have ruined pork chops, chicken and rice on accident. You can avoid making these mistakes by doing a few things:

5. Size matters- If you’re looking to replace other equipment in your kitchen like a bulky slow cooker, you’ll want to get a larger Instant Pot. The Instant Pot comes in several sizes. I have the 8qt and even though there are only two of us at home, I don’t think the 6qt would be big enough for our needs. I cook a lot of freezer meals, so it’s important to have plenty of room. If you have the storage space in your kitchen, why wouldn’t’ you get the bigger option? Also do your research to find out which model is best for you. There’s no need to get the Cadillac if the Civic will do. I opted for the one with more functions because of the sale I found, but I didn’t feel like I needed the wifi option. Look at what’s available and find out what will work for your household.

6. Natural pressure release makes a difference- I mentioned above that it’s best to naturally release pressure when cooking meats, especially. But, if you have the time (20 minutes or more), I’d recommend naturally releasing pressure for all meats, stews, and broths. This will help retain the moisture and flavor of your food. If you’re making hard boiled eggs, do the quick release. So far that’s the only time I’ve found it’s better to utilize the quick release method.

7. It really does cut down cooking time (but there’s a catch)-  Yes, the Instant Pot can cook chicken thighs in 8 minutes and yes baked potatoes are soft and fluffy in 12. But, it doesn’t happen exactly that fast. When you turn on your unit, it will take several minutes to come to pressure. It does move faster if it’s already hot from sauteing and it will be faster the less amount of food that is inside. But, for things like bone broth, it can take up to 25 minutes to officially start cooking. Releasing pressure also tacks on a few minutes to the process, but it’s all worth it in the end.

For the most part, this is a set it and forget it type machine that is worth every penny. I am still experimenting with my Instant Pot and look forward to tackling the yogurt function soon. If you’re a less adventurous cook, buy yourself an Instant Pot cookbook and take out the guesswork. There are thousands of bloggers out there that provide Instant Pot recipes as well! Happy cooking! 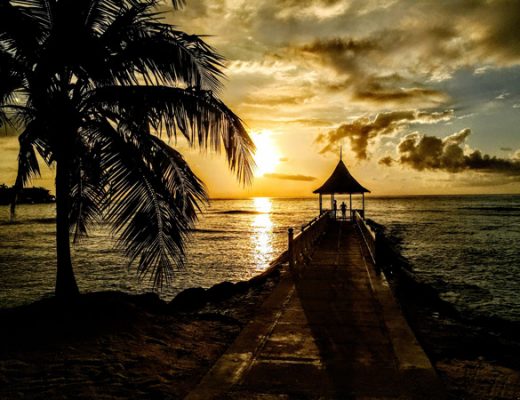 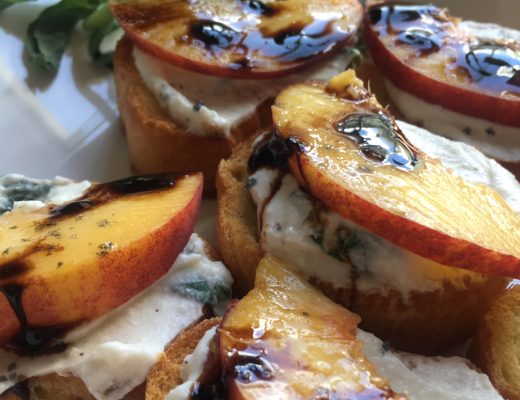 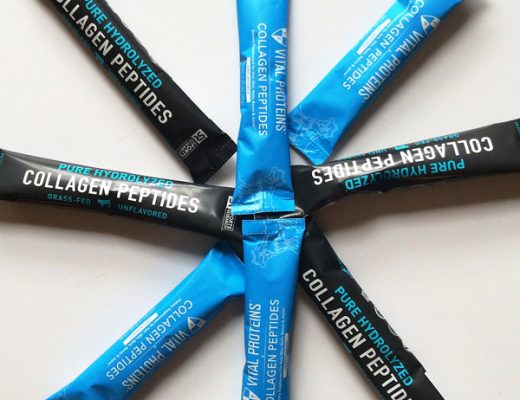 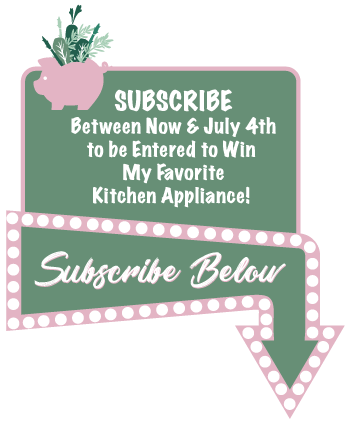 SUBSCRIBE TODAY AND KEEP IN TOUCH WITH THE FRUGAL! 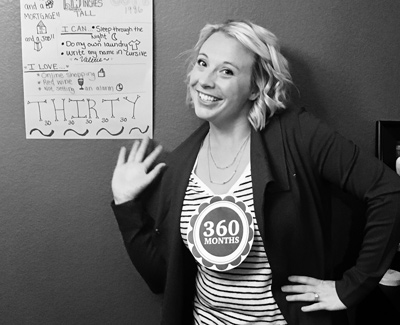 Hi! I'm Valerie, The Fru Gal! Welcome to my blog. I once heard that when we work hard for something we don't care about, it's called stress. Hard work on something we love is called passion. THIS is my passion. I love to cook and eat, find deals on products I love, learn about nutrition and health, and make people laugh. I live outside of Denver with my husband Josh and our fur child, Nancy Reagan. Here you'll find all my favorite products, recipes I create as well as those I love from other bloggers, tips for sticking to a budget, and real-life talk about everything in between. Thanks for being here, you're a real gem!

Product of the Month